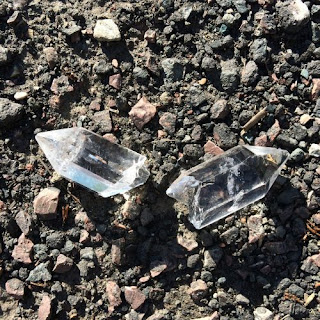 Several months ago, The Dark Crystal: Age of Resistance was released on Netflix. Obviously, I binged it the very next day. And loved it. As I'm sure you can tell from the review I wrote of it.

I'm sure it will come as no surprise to you that I had been a member of the 'Age of Resistance Fan Group' on Facebook leading up to the release. I found it a convenient place to keep up with news, see stills and trailers in advance of the series, and geek out with fellow aficionados.

What was very disappointing to me, however, was how volatile and antagonistic that group became after the show was released.

Some people were unable or unwilling to binge the entire season in one sitting. These people asked for others to put spoiler warnings on posts that contained spoilers. And much to my surprise, there was a large and very vocal contingent of fans that absolutely and vociferously refused.


Confrontation in the Fandom

A couple of people posted in the group, asking people to please put a spoiler warning on appropriate posts. They often explained: several of them wanted to savour the experience, and had chosen to watch one episode per week. Others had time constraints, or other reasons that they were unable to watch it all at once. Whatever the reason, they all pleaded: put 'spoiler alert' at the beginning of all such posts.

Invariably, conflict erupted in the comments of any such posts. Pro-spoiler advocates posted their own posts, stating loudly and proudly that they fully intended to write spoiler-rich posts, and damned be anyone who didn't like it.

I got involved a couple of times, trying to point out the flaws in reasoning used by those who refused to use those two little words. But to no avail.

The Nature of the Disagreement

I am not a very anti-spoiler person by nature. I'm not going to get all bent out of shape if I find out something about a movie or TV show before I have a chance to watch it for myself. I know I am in the minority in that regard, but I just don't see the big deal. Granted, I don't get nearly so invested in most forms of entertainment as many people do. In fact, it's kind of unusual that I'm involved in any sort of online fandom community at all. It is a testament to how much I adore The Dark Crystal as a franchise and as a creative work that I joined this fan group at all.

The last time I tried to get involved in an online fandom was back in 2002 or thereabouts, when I spent a brief period of time frequenting the Changeling: the Dreaming forum on the White Wolf website. But I very quickly grew tired of the gatekeeper mentality of the vast majority of users on that forum. Especially in a game dedicated to creativity and the transcending of psychological borders, it seemed ridiculous beyond words that anyone would try to tell others how they were 'supposed' to play the game. I stopped visiting the forum within a month.

That said, I acknowledge that some people feel their emotional response to movies, TV shows, books, comics, etc, is diminished by knowing what's going to happen before getting to consume the media in question for themselves. And though I may disagree with the stringent precautions taken to avoid 'spoilers,' I will not begrudge those people who wish to do so their preferred method of enjoying entertainment.

So, as mentioned previously, there were people in the fan group who wanted to enjoy the benefits of membership without being unexpectedly bombarded with spoilers. Others felt that spoilers should be freely and copiously sprinkled through the group's posts. Their reasons were mainly as follows:

#1: It had been a couple of weeks since the show was released, so there's no reason any 'true' fan shouldn't have seen the whole series by that point. This is a 'No True Scotsman' fallacy. Rather than admit that a statement about who is and isn't a fan is flawed, the person declares that those people who don't fit their definition of 'fan' aren't really fans at all. There are plenty of fans who haven't seen the whole series, and you don't get to unilaterally declare that they aren't fans.

Furthermore, it seems to imply that anybody who has not seen the series cannot be a fan. To which my response is: were these people not fans until after the series was released on 30 August? Did you magically turn into a fan the moment you finished the last episode? It seems ridiculous to state that nobody is a fan until they've seen the whole series.

#2: Why are you part of a group of fans if you're not really a 'true' fan: This is a serious gatekeeper phenomenon. In essence, one person (or group of people) decides who gets to call themselves a fan and who does not. It boils down to a cultural purity test: those who do not like a franchise the 'right' way, or sufficiently ardently, are denigrated as being 'not real fans.' I wonder if some of this is a holdover from the persecution complex that many pop culture fans experienced at the hands of mainstream culture at one point. Since most fans of this nature tend to be rather geeky, they often (at least at one point, either personally or collectively) were excluded from and denigrated by mainstream culture. Feeling alienated and estranged, they felt some level of justification in being able to be part of a phenomenon from which they perceived that they were able to exclude and denigrate others.

In other words, 'turnabout is fair play,' and since they were made to feel like they weren't good enough by the athletes and popular kids, they felt better by telling other people that they aren't good enough to be part of the Dark Crystal fandom.

#3: Why are you telling me what I can and can't discuss in this group? This is a non-sequitur. At no point has anyone who asked for spoiler warnings tried to get people to stop discussing the show. Nobody is telling anybody what they can discuss or how to discuss it, let alone when and where to discuss whatever they like. All they are asking is the tiniest smidgen of courtesy: just type two little words ('spoiler warning' or 'spoiler alert') at the beginning of their post.

It really amazes me how vehemently a lot of people refuse to type a handful of extra keystrokes. Despite the fact that such a simple action will accommodate a number of people with only the tiniest of inconveniences to themselves (seriously, how long does it take to type two extra words? Five seconds at a maximum, at a real stretch?), they refuse to do this.

#4:  If you don't want to see spoilers, leave the group or just scroll past. This is a two-parter:

For a largely neglected fandom (the original film was released in 1982, and apart from a comics adaptation and a couple of behind-the-scenes books, there was nothing more for fans of The Dark Crystal until decades later when a two-part manga series was released, a three-part origin story comic was released (with a year or two between the release of each volume of that), and finally the Power of the Dark Crystal comic series before the J. M. Lee novels which tied into the Netflix series. Given how prolific material is for other fandoms, you would think fans of The Dark Crystal (is there a term for such fans? Maybe we need to coin a term. Crystal heads? Ok, that's a really bad one. ...Yeah, I got nuthin') would be more welcoming and accepting of any and all fans.

'What's that? You haven't had time to watch the whole series yet because of your busy schedule? That's OK, you're welcome anyway.' 'You say you haven't seen the original film yet because you hadn't heard of it before you saw the Netflix series? Doesn't make you any less of a fan.' 'You aren't aware of the connection between the Dark Crystal franchise and the character of Toby from the film Labyrinth? No worries, everyone has to start somewhere.'

But we seem to be suffering the same sort of fate that other fandoms are experiencing. Gatekeeping, exclusion, and quite frankly, toxic behaviour. I fear that I may well end up disassociating myself from the larger Dark Crystal fandom as a result of this toxicity. And that makes me really sad.

But that's just the point, isn't it? Why do fandoms have to do this? Why must fans of any franchise, be it movie, TV shows, books, comics, board games, roleplaying games, or any other community of fans, become so exclusionary? The human race is defined by our social cohesion. It's what enabled us to survive on the Pleistocene savanna. It elevated us to the successful species we are. And yet to spurn our fellow human for such silly and arbitrary criteria as what does or does not make a 'true' fan...

It just seems kinda dumb to me, to be perfectly honest.

Anyway, that was weighing on my mind, and this seemed the best place to express my frustration. I hope it wasn't too boring to read. Join me again here next week for another article, and until then, remember to