The first post of 2019; a new year, full of hope and promise, and we start off with a doozy. Today is another PinkFae Archive, but this one is a two-parter. So today, we'll have part one, and next week, we'll see part 2. This entry was first posted on 24 July 2016. 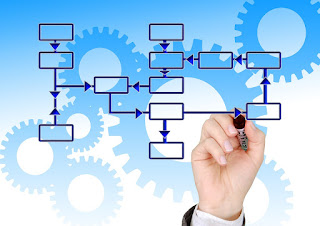 Things are looking up for you; now you've chosen a game and have a group of players willing to play it. What do you do next? The first step, obviously, is to design the overall campaign. This sounds like a daunting task, so let's look at some advice and tips on how to do that in the most effective manner possible.

Please note that this section is going to cover a lot of material. I don't want to overwhelm you, though, so I'm going to break it up into two parts. We'll do part A today, and I'll finish with part B next week.


The Point of Your Campaign

The first thing you need to do is decide on your objective. What sort of story are you telling? Are you telling a story in the usual sense? Or will it be a series of gaming sessions that have little to do with one another? There are many possible approaches you can take with this step. Here are a few considerations:
These are just a couple of the possible approaches you can take towards designing your campaign. First of all, in deciding which approach to take, you should look at the types of players you have (including yourself). If the group is mostly Butt-Kickers and Power Gamers, you might want to stick with the episodic approach. However, Storytellers will likely prefer event centred or goal-oriented games. Method Actors would rather be in a game that's character-centred. And of course, you can always tweak any campaign to better appeal to a gamer type that isn't normally interested in the overall campaign type.

Sometimes, you'll have a specific story idea already in mind before you even begin campaign design. Here are a couple of stories I've told that influenced the type of campaign I GMed:
When designing a game, you won't always know what the story is when you first sit down. That's fine. You can always look at what type of campaign you're going to be running and let that guide your story-designing choices (additionally, you can always look back at my post on creativity if you need help coming up with ideas).

One of the most important things, however, is organising the story. There are five primary ways of arranging the elements of your campaign (note that these come pretty much directly from Robin's Laws of Good Gamemastering):
We're going to look at the first two methods today, and then we'll finish up with the last three in part B next week.

Stories that make up an episodic campaign have little, if anything, to do with one another. Events in one 'episode' seldom, if ever, have any impact on subsequent stories. Examples of TV shows that follow this pattern include the original Star Trek, Quantum Leap, and The A-Team. To create an episodic campaign, just come up with different encounters and don't worry about their connections. So an episodic campaign might look like this:


Players accept a job to clear all the monsters out of the caverns near the town of Daelwyn.
↓
Players are travelling north when a band of thieves ambushes them in Deadfall Forest.
↓
In the Kingdom of Fairwinds, the constable accuses the PCs of murdering the king's son.
↓
Players begin travelling west to find the rumoured treasure of the wizard Yanmar.

A set-piece is a scene that stands out from the rest of the story. It's commonly used in film-making to refer to a scene that is both important and very memorable. The Matrix is an excellent example of a set-piece story. The opening scene with Trinity fighting the police officers and the Agents leads to Neo's encounter with Agent Smith. This then leads to the scene in which he is unplugged from the Matrix. We are then led to the training scene in which Neo fights Morpheus. The plot leads us next to the fight in the corridors of the Oracle's apartment building. We then see the famous lobby scene, which is the first in a series of combat scenes. Each of these is a high point in the story, with exposition and minor actions connecting them.

In gaming, a set-piece campaign uses several major scenes connected by one of several possible transitions. In other words, if you're using this design theory, you'll come up with a number of noteworthy encounters, and find a way to get the characters from one to the next.

I used this design in my 'World of Stone' game. I sat down to create several specific scenes, and decided I wanted my players to encounter the following:
I arranged the order for those scenes and came up with ways to get from one to the next. When doing this, it's always a good idea to ensure that you have at least two ways of getting from scene to scene. A good plan is to have one way if the characters are successful in the current scene, and another way if they fail. So I mapped out the story like this:


In this example, you'll see that failure doesn't prevent the characters from moving to the next scene. It might make it a little harder, because they have to do more work, or find necessary information in a less direct manner. But it doesn't make it impossible. That spoils the fun!

Ok, that's probably enough. We'll finish this article next week. Until then, have fun writing stories and playing games. Most importantly, of course, you should always remember to