A Scale for Crunchiness in RPGs?

Have I come back from hiatus?

However, after writing the last two articles (review of Modiphius's two new rpgs), I found that I have some things I want to say. So I'm going to write a couple more articles, and then probably go radio silent again for... who knows how long? 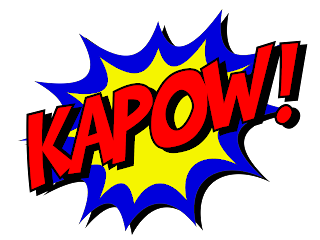 What is crunchiness, you may ask? Let me explain.

Or rather, let me describe the quivering morass that is people's differing opinions on what crunchiness is.

See, there is no real consensus on what 'crunch' in gaming means. For example, in his book Robin's Laws of Good Gamemastering, Robin Laws describes it thusly:

...the typical roleplaying rulebook is like a Nieman-Marcus catalog for super-powers. Depending on the game system and character type, these extraordinary abilities might be called feats, spells, schticks, disciplines, skills, high tech gear, psionics, or whatever. For lack of a better all-encompassing term, I refer to these things as "crunchy bits."

On the other hand, many players equate 'crunch' to complexity. But even that's not a straightforward definition. As reddit user ruy343 explains in this reddit discussion:

Crunch is the ability of the players to make an optimal choice within the game that lets the player feel smart. In most cases, that's found in character creation, while in others, it's in the actions you choose in a game session, such as spell preparation or combat moves.

However, crunch is often tied to complexity because the more well-defined the game system is, the tougher it is to discern what is an optimal choice in character creation or combat with a bit of digging within the rules. But it's that challenge that makes a game feel crunchy and draws many RPG players. Crunchy games have a number of viable options inside of a complex framework that a skilled player can select that will give them a mechanically favorable outcome.

Further discussion in that same thread point out that some games may seem very 'crunchy' but a lot of that crunch is worked out during character creation (examples include the Hero System and GURPS, where a lot of the mathematics of skill rolls are worked out in advance, during chargen, so that when it comes time to actually make a roll, there's not a lot of adding or subtracting that needs to be done). Contrast this to other games, where the rules for things like combat can cause a single fight to last for hours and require a ton of dice rolls and mathematics (such as D&D third or 3.5 editions, where attacks of opportunity have waylaid many a novice player).

How do we resolve this issue?

So perhaps instead of a linear scale of crunchiness, there should be a 'crunch matrix.' Games are rated by different varieties of crunch, instead of an overall number. Maybe it would look something like this:

That's just a first idea. I'm sure I could flesh out this system a little more. But I think it's a good start.

Anyway, I have a few more entries I want to write, and then we'll see how it goes from there. In the meantime, play more games, have more fun, and remember always to