Kingdoms of the Kithain

Ok, I know I'm three months overdue for an update (for which I apologise). The last update was supposed to be a map of the continent, but I'm having trouble getting that finished. Maybe I'll accomplish that task one day, but for now, I think it's best to move on to other topics.

So I would like some input on an issue that has bugged me in the past. I was looking through the old image files I created to develop a complete set of maps for the kingdoms in Changeling: the Dreaming. And I remembered a point of contention; the four kingdoms of the Iberian Peninsula.

Here's the only thing that it says in any canonical release from White Wolf Studios:

Spain and Portugal -- Sometimes the allies of Neustria, four kingdoms comprise these lands of the Iberian Peninsula: Navarre along the Pyrennees, Aragon in the east, Leone in the Northeast, and Castille in the central and southern regions. Commoners, whether in service to a noble or not, are always welcomed; eshu and boggans are an integral part of the society.

This leaves me somewhat confused. For starters, where does Portugal fit into this? It's the western and southwestern part of the peninsula, neither of which are regions mentioned in the description. Also, it's not quite accurate to describe Castille as the 'central and southern regions,' either historically or in modern terms.

For more information, I refer you to a series of maps. First, we see a map of modern Spain, in which most of the administrative divisions are named after one kingdom or another in Spain's history: 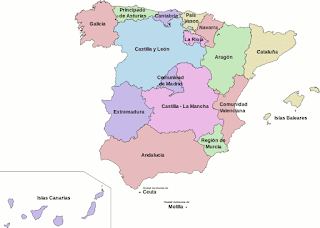 Then we go way back in history to the year 750 CE, when the Muslims had conquered almost the entirety of the peninsula, leaving just a couple of tiny christian kingdoms remaining in the north: 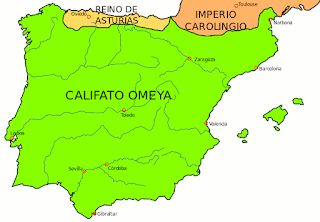 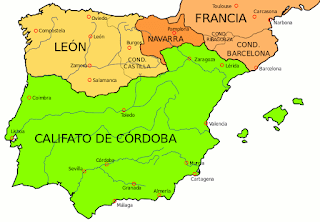 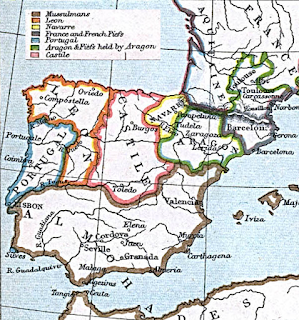 And the end of the Reconquista: This is what it looked like in 1300 CE. It stayed this way with the exception of several Spanish kingdoms merging together until the last Muslim kingdom was reconquered by the Catholic Kings in 1492: 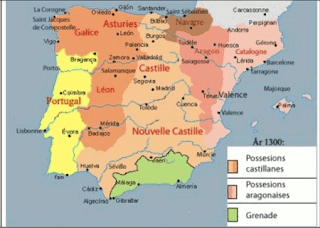 So, what I want to know is this: Where do you think it makes most sense for the modern Kithain nations of Castille, Navarre, Aragon, and Leone to be? Please let me know what you think in the comments. And until next week, I bid you a fond