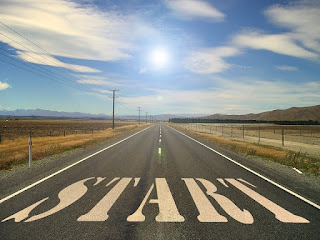 
The first concern in getting a campaign started is how the get the player's characters together. Normally, when players create their characters, they do so individually. Then, when the game starts, they throw these characters together into the same group and expect them to get along. It's difficult to predict how well these characters will interact. This is especially true in a hobby where players are fond of the 'lone wolf' character archetype. If one or more of the players create a lone wolf character, how can you expect him to work well as part of a group?

Furthermore, individual characters may have conflicting goals. One PC may work for the Thieves Guild and be on a secret mission to steal the Orb of Lonindrus; another may belong to the City Watch which is sworn to protect the Orb. Inter-party conflict is guaranteed before the first game session! Sure, such conflicting interests can provide enjoyable contention, if they're handled correctly. But you don't want this sort of rivalry to undermine the game! Better to find a way to channel such conflict for positive outcomes.

The best way I've found to divert this potential competition is to have the players create members of a pre-determined group. I usually let them decide what the group is going to be, so they have maximum control over their character creation process. I start by asking, 'How do you know each other? What gives your characters a reason to continue being in each other's presence?'

Some answers I've received in the past include:


The players then come up with character ideas that would fit in whatever group they've chosen. By giving the characters this connection, there's less likely to be conflict between them. If they already know each other, the GM doesn't have to waste time convincing them to work as a cohesive team.

Just as important is knowing what story to tell as the first part of the campaign. This, of course, depends on what sort of campaign you're running. Episodic campaigns don't have an ongoing story, so it doesn't matter as much. But if there's an overarching storyline in your campaign, the first session needs to introduce it quickly and effectively. If your campaign is about defeating the evil sorcerer lich Zyklon, for example, the first session should be about locating a powerful artifact that will aid in that quest. Or perhaps finding the current location of the lich. Something that has to do with the story, and at least starts the characters down the path toward their goal.

Whether you're meeting for the first game session or the thousandth, it can be just as important to talk about how to get things started for the evening (or morning, or afternoon, or whenever you're playing). If the last session ended on a cliffhanger, you can pick up where you left off. But especially when the session starts after the end of the last story, you need to know how to start things off.

This is where we return to the 'You All Meet in an Inn' trope mentioned at the beginning of this article. As I said, it's not so important to avoid a tavern as a meeting place as it is to avoid putting a group of strangers together and expect them to form themselves into a team. A tavern can be a totally appropriate meeting place for a pre-existing group of adventurers. In my current Changeling game, for example, the leader of the team owns a bar in downtown Boston. The team has even distributed business cards with that bar listed as the main point of contact. So it's totally appropriate for them to start a game session (or even the entire campaign) in that setting!

One important point regarding the beginning of a session: start with the characters already together. A mistake I've made myself is to have one character approached by him- or herself. I foolishly thought that that player would immediately assemble the rest of the team. Sadly, I became frustrated as that character went off to try to follow the story hook alone. I then had to work to get the rest of the players involved in the action. Since that time, I've had all the characters together at the bar, so there's no opportunity to try to do a solo run.

It may seem like a small detail, but the beginning of anything sets the tone for what follows. If you have to get the players together, or neglect the main plot, or otherwise waste time on unimportant details, it will cause the whole game to bog down until you can get things on the right track. But if you start things off on the right foot, so to speak, everything will go much more smoothly afterward.

I hope you enjoyed this look at a surprisingly important but under-examined aspect of GMing a game. Have fun beginning a new campaign, or even just a new session! And I'll see you back here next week for another exciting entry. Until then,