As we near the end of the PinkFae Archives, we come to the second to last entry in the 'How to GM' series. This article was originally published on 4 February 2017.

The evening is over, and the game is finished for tonight. Everyone is ready to go home. There's one last thing left to do. It's finally time to award experience points. For some players, this is, in some ways, the entire point of the game. They see it as a reward for having done a good job. Getting a lot of experience indicates that they're a proficient gamer. After all, it helps them feel as if they were useful to the completion of the goal. For that reason, awarding experience points is an important and often delicate task.

Depending on the system you're using, this can be a very easy task, or it can be daunting. Let's look at some of the intricacies involved in effectively awarding experience. 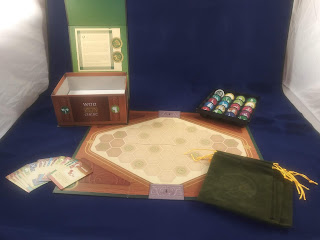 We are getting closer to the end of the PinkFae archives! After today's entry, there are only three more archives left!

This article was originally published on 28 January 2017.

I've played a lot of roleplaying games in my life. I've talked about some of them here before, like Changeling: The Dreaming. The first I ever played was Marvel Super Heroes from TSR. I've tried the big, well known ones like Dungeons and Dragons. I've also played many small obscure ones, like Albedo, The Whispering Vault, and Tales from the Floating Vagabond. Although I'd heard of the Fate system, it wasn't until last month that I got to actually play it. A friend invited me to play in a two-session Dresden Files RPG game, which uses Fate. He then loaned me his copy of the Fate Core book.

I am a convert.

Let me tell you why. 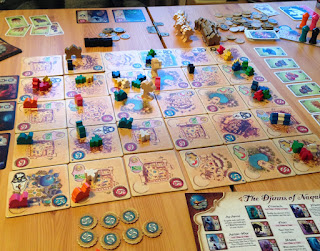