Recently, the Dork Spouse and I found ourselves at our local board game cafe with time to kill. We looked around at their library to decide what we wanted to play, and eventually decided to try out the Goonies: Adventure Card Game that was funded via Kickstarter last year. So now I will share my thoughts on that game with you. Starting of course with the numbers:

I'm going to post something a bit meta today. I'm not going to talk so much about games, but a little bit more about the games industry. In fact, I'm even pulling back my perspective to talk a little bit about creativity in general.

Let me set the scene. I currently live in central Oklahoma. There's not a lot in Oklahoma. There are farms, there is oil and natural gas, and there is a smattering of a few other things. If you live in one of the two major urban areas (the Oklahoma City metro area, and Tulsa), there's a slightly broader array of things to do and see. A small handful of companies have their headquarters here (most notably, the drive-in fast food chain Sonic), and downtown OKC and Tulsa have some offices for various corporations.

But otherwise, there's not a lot to Oklahoma. The state tries to rely on its Native American heritage (all of which was basically imported from other parts of the country anyway) to promote tourism, but not many people think of Oklahoma as a vacation destination.

Giving It a Try

Before we get started, please allow me to remind you that I have set up a Facebook page for this blog. If you like reading the stuff I write here, head on over to follow me, so that you can keep up to date, and see interesting new stuff that I might post there!


A friend recently drew my attention to an interesting post on Facebook. The short version is this:


An employee from Portal Publishing was irritated to see people claiming that a game is unbalanced and worthless after only playing through once or twice. Instead of learning the ins an outs of the game and getting good at playing that game, they give it a cursory single play-through and then give up on it entirely.

Really, the entry is quite interesting. It's a little emotional, as the author is clearly upset. But I highly recommend reading the whole thing. 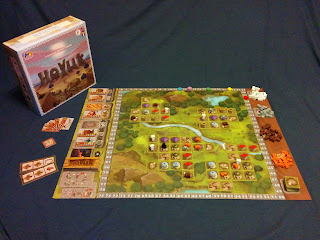 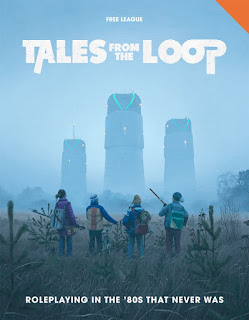