Welcome to the 200th post on the Game Dork's Gaming Corner! I've got to say, it's kind of amazing to me that I've come this far.

Enough woolgathering. Let's get to the issue at hand.

Some of you may know that I made a new year's resolution to play 80 of the games on the top 100 list over at Board Game Geek. Tomorrow is the last day of 2017, so I think it's safe to call it. I did not meet that goal.

Here's how the numbers ended up: the most games that I had played that were in the top 100 list at any one time was 31. This is a shame, as four of the games I had played that were at one point on the top 100 dropped to 101 or lower at some point over the course of the year. In fact, if we were to expand our criteria to include anything in the top 200, that would add another 16 games to my list, for a total of 47. Still thirty three games shy of my goal, but a good deal closer...

The time has come to repost another PinkFae article. As a reminder, or for those who are new to this blog, the PinkFae Archives are repostings of the articles I wrote for the trans-inclusive gaming blog pinkfae.com, before that site became defunct. Since I don't want all those articles I wrote to be lost, I am reposting them here on my personal blog. Today's entry was originally published on 7 February 2016. I hope you enjoy it!

I was introduced to GURPS (the Generic Universal Role Playing System, published by Steve Jackson Games) in 1991. I admired the flexibility and adaptability of the system, as well as its realism and the fact that it encouraged rounded, dynamic characters. It didn't limit possible character traits to attributes and skills, but had mental, emotional, and social advantages and disadvantages. This allowed players to emulate a personality more fully than in games like Dungeons and Dragons. But there was one disadvantage that I have never given a character: Social Stigma. It provides an in-game mechanic for simulating a character that belongs to a group that is deemed by his or her society to be inferior. In looking back on it, I realise that I didn't fully grasp the possibilities of this disadvantage. Now, I have learned much, and I would love the opportunity to play a character with this disadvantage. 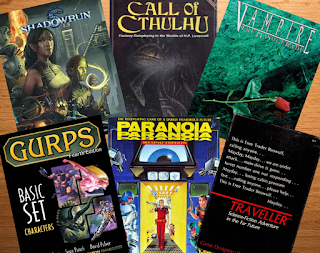 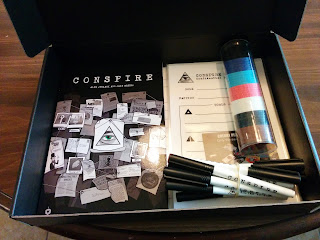