This week's entry is another installment from the PinkFae Archives. This one was first published on 11 September 2016. 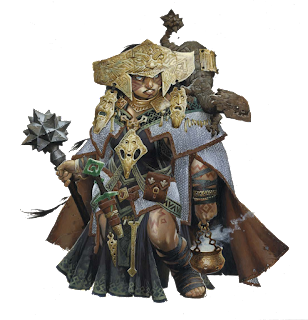 One of the panels I attended at Gen Con was 'Diversity in Gaming.' I expected it to be about ensuring an inclusive environment for all people in the games industry. Instead, it was three staffers from Paizo, the company that publishes the Pathfinder roleplaying game, discussing their company's policies on inclusiveness.

Not what I expected, but still worthwhile.


A Quick Overview of the Diversity Panel

I wish I'd taken some photos. Or at least caught the names of the staffers on the panel. Alas, I did not. And sadly, much of the panel is not of great interest to me, as I am not a fan of Paizo's products.

Still, they had many important things to say. They talked about how important it is to include absolutely everyone in our hobby. This goes from the big divides to the small ones. Paizo's policy is that no human being should be excluded from games.

Fortunately, Paizo doesn't just talk the talk, to coin a phrase. They work hard to put their money where their mouths are. For example, they have hired many members of the LGBTQ+ community, many of whom are prominent staffers at the highest levels. They also ensure that they are inclusive in their products. One of the presenters at this panel described her job as dealing largely with diversity issues (more on this in a moment). And it's not just with sex and gender identity; they spoke emphatically about ethnicity as well.


Diversity in the Company

One thing that I found to be very reassuring was the fact that all three panelists were female. In a traditionally male-dominated industry, seeing women included not only as participants but as leaders was very nice. They spoke about how many of their staff are LGBTQ+, including (just as one example) Crystal Frazier, a trans woman who currently works as a developer. This reliance on real-world inclusiveness helps to bolster their mission to make games accessible to absolutely everyone.


Diversity in the Games

Paizo has made a concerted effort to ensure that they have great diversity in their iconics. In some ways, their greatest example of this is the character of Shardra, the dwarven cleric. Shardra was the first trans character to appear as an iconic. That's her in the image at the top of this article. Sadly, I'm unable to find definitive documentary proof of whether any trans characters predate Shardra. But I can confirm that Shardra is the first trans iconic.

As mentioned before, one of the panelists described her job as being 'the last level of defense against making sure that their products included sufficient diversity.' In essence, she was the last person to look at a product before it entered physical production. Her goal was to make sure that A) nothing offensive was included in a product, and B) that a product included more than just straight white male characters. She described how sometimes, she would have to send artwork back to the artist because the characters in it did not match the diversity standards. She gave a specific example of a time when artists repeatedly depicted characters in a desert setting with overly-light skin tones.

The panelists also spoke of ensuring that no one was excluded from the gaming table. They take great pains, especially at official events (like the Pathfinder room at Gen Con), to prevent discrimination. And if any does occur, they deal with it swiftly and decisively.


Final Thoughts on the Diversity Panel

It does my heart good to know that, in a society fraught with discrimination, someone is taking a stand for inclusion. I'm very excited to hear about the representation of minorities (as much as I hate that word) in official products.

Still, it's a start, and one that will hopefully lead to bigger and better things in the future. Hopefully, other game companies will take a cue from Paizo and start working towards greater diversity and inclusion in their own games/companies/fans.

Next week, we'll cover another topic from Gen Con. Until then, my thoughts on the matter are as follows: It's still too hot to go outside. Let's sit at a table and play some more games. With that, I bid you a fond