A couple of weeks ago, in my glossary of gamer jargon, I mentioned that I personally own some oddly shaped dice. I thought it might be fun to share some of those with you today. Of course, my collection is nowhere near as large as the amazing dice collection shown at dice collector dot com (warning: that site is very much stuck in the mid-90s, webdesign-wise). But I do like the small collection of odd dice that I have.

Now, when I say that I have some odd dice, I'm not talking about dice that are just alternate shapes of 'normal' dice, like these two unusual d6s: 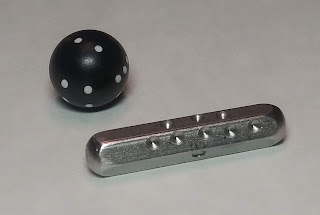 That's one that's a sphere (it has a small weight inside it, and ridges in which the weight can sit, so that it will always stop with one of the numbers on top, even though it's just a sphere) and one that's a length of hexagonal steel with 'pips' punched into the sides.


Nor am I talking about odd dice like this interesting d6: 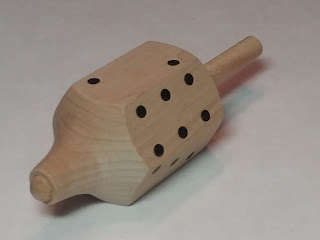 Neither am I talking about this alternate form of the standard d12: 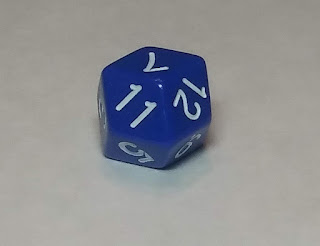 I'm also not talking about this cute d8: 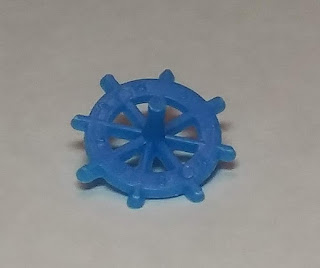 Yes, that's a top. When it lands, it's resting on two of the spokes. The number between those two spokes is the result of your 'roll.'

I'm not even talking about this spinner ring d10: 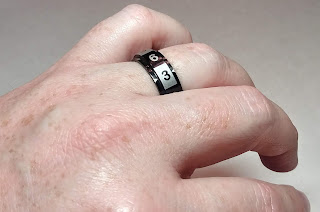 That ring, in case you're curious, was a gift from the Dork Spouse many years ago. It can be purchased from CritSuccress (as well as many other forms of dice rings; not just the standard d4, d6, d8, etc, but d%, dF, yes/no decision rings, poker card rings, and many more).

And when I talk about odd rings, I'm also not talking about normal dice made of strange materials, like these oversize foam dice: 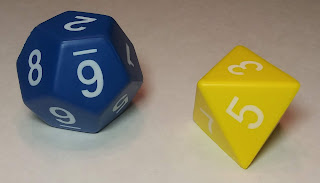 Nor am I talking about these delightful dice-shaped lollipops:

I'm not even talking about these wonderful dice candles:

Those candles were made by Eades Beades, who also make jewellery out of dice. I recommend them!

I'm not even talking about dice that are normal dice with non-standard markings, like this one: 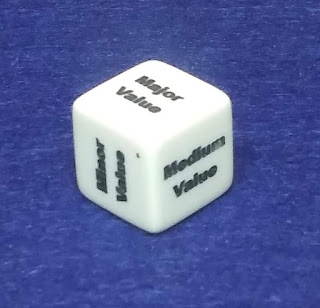 A friend of mine gave that to me. She used to drive me crazy playing in games I was running by stealing everything she could get her character's hands on. She presented this as a 'gift' so that I could determine the value of whatever item she next stole.

No, I'm talking about dice of unusual numerical configurations. For example, I have a d24: 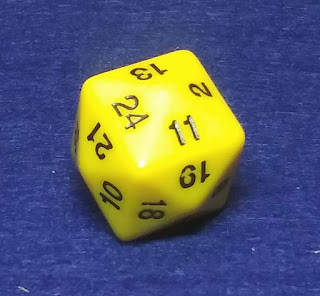 I have another d24 in another shape: 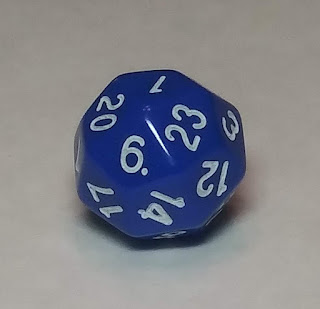 I also have a couple of 'dice in dice' sets. 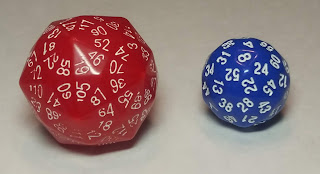 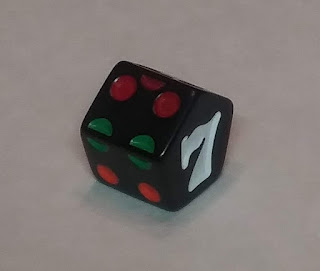 And I have found this unusual die to be quite useful on occasion: 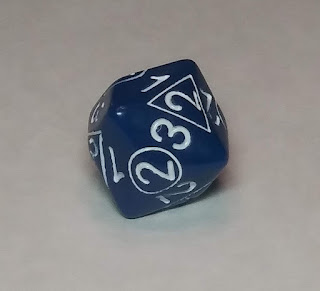 Obviously, most of these dice are completely useless. When will I ever need a d24? Maybe I can use the d7 to randomly choose a day of the week, but otherwise? Like I said, I'm not aware of any games that use these dice. I'd love to create one, but I don't know if I'll ever be able to.

Still, they're fun to have as a novelty item.

Anyway, there's a peek at my collection of unusual dice. Not much, I know, but it brings me some small level of joy. Which is all we can really ask of anything we do, right? So have fun out there, whatever type of dice you use, and remember to always