PinkFae Archive #16: Object of the Game vs The Reason for Playing

Here we have another reprint of an article that I originally wrote for PinkFae. I'm excited to bring you this one, in which I discuss a topic of which I think a lot of people lose sight: what really is the object of a game? Enjoy! 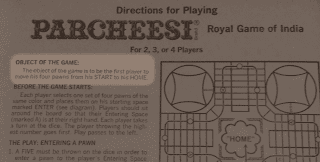 Often, when reading the rules to a board game, you will find an entry listed as 'Object of the Game.' This tells you the conditions which a player must fulfil in order to be declared the winner. However, it is misleading to call this the 'object' of the game. The object of the game is to have fun! Obviously, I've talked about this some before. But I want to talk about a specific phenomenon that I see frequently in games, and that's confusing the object of the game with the victory conditions.

Last night, some friends came over to play games. We mostly had a good time, playing first a round of Gloom before capping the evening with some Cards Against Humanity. I wish here to discuss the experience of playing Gloom at this event.

We allowed our guests to choose which game they wanted to play. There was one person there who had observed Gloom being played before, but had never had a chance to try it herself. So that was what we decided to play. For those that don't know, Gloom is a card game in which each player has five family members laid out in front of them, and must play cards on them representing unpleasant occurrences (such as 'was pelted by produce' or 'was tormented by ticks'), which has the effect of reducing that character's self-esteem. Simultaneously, you can play cards on other players' characters to represent pleasant events which will raise that character's self esteem. You may then play 'Untimely Death' cards on any character with a negative self-esteem value to kill them off; once dead, no further modifier cards can change their self-esteem value. The winner is the player whose dead characters have the lowest collective self-esteem total. You can read a more detailed description in my review of the game, if you so desire.

Now, because we had a large group, we had to mix in all the expansions in order to accommodate all the players (the base game allows for only four players, and each expansion adds one more potential player, which is good, because there ended up being seven players and we had three expansions). This was the first part of the problem, in that the expansions added some new rules that made things a little more confusing for all players. This slowed things down a bit. The second part of the problem was that several of the players had never played before, and things were slowed somewhat by the constant need to explain or clarify rules questions. The third part of the problem was that there were so many players; it often took a long time between any one player's turns because there were six other players taking turns between your current turn and your next turn.

But the bulk of the problem, in my opinion, is the fourth part: the players were focussed on the winning conditions of the game, instead of on the object: to tell funny stories.


The object of Gloom

The winning conditions are to be the player with the lowest total self-esteem value of all your dead family members at the end of the game. But that's not the object of the game. Not really. See, the reason I like playing this game is to have fun telling darkly humorous stories of the suffering of these fictional characters. Coming up with wild yarns about how Grogar the animated teddy bear was tormented by ticks, and seeing what tales other players devise about the horrible happenstances that harry their homes... that's what makes the game worth playing. To me, at any rate...

But the other players were very focussed on striving for those elusive victory conditions. Sometimes, when it would get round to their turn, they would spend several minutes poring over their cards, looking at the families in front of them, carefully examining the cards that had been played on other people's characters, making massive strategic decisions...

Don't get me wrong, I don't think anyone should play a game if they're not making at least a cursory attempt to win. That's part of the appeal. But depending on what game you're playing, trying to win at the expense of the actual object of the game can be more detrimental than beneficial.

Another game that has a similar problem in my experience is Steve Jackson Games's Munchkin and its expansions and variations. It seems to me that the point of this game is to be uproariously funny by backstabbing your friends in humorous fashion using humorous cards (like the 'Schadenfreudian Slip' card from the Munchkin Bites variation). Yes, players should be making at least a token effort to win, else the game won't be any fun at all. But when the desire to win outweighs the good-natured infighting, the point of the game is lost.

Other games have different objects. One of my very favourite games is Dominant Species, which has no humorous elements at all. It's almost entirely strategy and planning. The object of that game, in my opinion, is to experience 'a really enjoyable stretch of the brain muscles' (as John Trobare put it). The one time I got to play that game, I lost pretty badly, but I enjoyed losing very much, because it was a very pleasant time spent 'stretching the brain muscles.'

Another excellent game is The Resistance: Avalon. The object of that game is to enjoy some social interaction with friends bluffing and deceiving, and guessing who else is bluffing and deceiving, and whom you trust and whom you do not trust. Even when I lose at that game, I still always enjoy it, because I've spent a parcel of time playing with the trustworthiness or lack thereof of my friends.


A final point: players who just don't get the object

There are some people who don't see a difference between the winning conditions and the object. To them, the winning conditions are the object. Often, though not always, these people tend to be drawn towards super-strategic games like Warhammer 40,000 or X-Wings Miniatures. Certainly, I'm not saying there's anything wrong with these games or others like them; they're not my cup of tea, but obviously, other people do like them, and there's nothing wrong with that. But I personally don't get much enjoyment out of using mechanics for every minute detail possible in tactical scenario simulation games, such that a single round of combat can take up to thirty minutes to complete.

But here's perhaps a better example of what I'm talking about: a person I used to know was once playing a game with some friends of mine. I don't even know which game it was; some sort of interstellar explore-and-conquer type of game, like Twilight Imperium or something similar. As the game approaches the end, the person (I'll call him Adam) looks up and says, 'I've just calculated the point totals, and I've determined that, mathematically speaking, I have no way of winning this game. There's no point in my continuing to play.' The others implored him to stay; his sudden absence would create a vast power vacuum in his portion of the playing area. It would wildly alter the current balance of the game for the other players if he were to simply leave. But Adam insisted. 'There's no way I can win, so there's no reason for me to keep playing.'

To him, the object and the victory conditions were one and the same. Since he was no longer capable of winning, there was no longer a point, no longer any object, to his remaining. And he chose instead to spoil the fun that the other players were having rather than play for any different reason.

I have talked about the importance of carefully choosing the players to match the games (and vice versa). John Trobare said it best: 'Coming up with a favourite board game is almost impossible, because one of the primary factors in whether or not a board game is good is who you’re playing it with, and different people require different somethings to play with.'

But an important factor in determining who is good to play with is making sure that everyone playing a game agrees on the object of the game. Not the winning conditions. The object.

That's it for this week. Join me again next week when we have another adventure in gaming! Until then,